LUCY VAN SMIT won the inaugural Bath Children’s Novel Award with the manuscript for The Hurting, a thrilling nordic noir for young adults. After accepting representation with literary agent Sallyanne Sweeney she signed a two book deal with Chicken House who published The Hurting in 2018. Lucy describes the process of working with Chicken House’s editors to create the final draft.

What was your first impression of working with editorial director Rachel Leyshon and MD Barry Cunningham?

Playful! Our first editorial meeting was face-to-face, three hours long.  Rachel gently probed me to find out how much more I’d got in the tank. They were looking for to see if I could take my book up a whole new level. I was totally up for it. I went with Chicken House precisely because of Barry and Rachel’s vast editorial experience. They wanted my book to be its best and I was very happy to do any amount of work to make that happen.

That established, it became a very informal editing process. We chatted about my characters like they were real. I though that only happened in films!  I admitted my Lukas was a nod to Lucas by Kevin Brooks, which I adore, and Barry immediately made a note to send Brooks a copy of The Hurting when we’d finished. Barry had published Lucas, but I didn’t know it was one of his favourites too. It’s surreal when far off worlds, where your literary heroes live, collide with your everyday working life.

“But in any case – why don’t you dive in to the revising now! Just keep thinking of the logic of all these motivations…”

Rachel held me off from re-writing too soon. Barry honed in on sections where Lukas sounded too street and wanted to see all his cut POV scenes. I knew I hadn’t got Lukas’s voice right, and Chicken House sniffed it out. There’s nowhere to hide with them. My bad boy quickly became the key area we worked on. Voice. Motivation. Tone. His speech rhythm. Rachel messaged questions back and forth and said, ‘Oh, he’s like a young Nureyev.’  Then she suggested another ridiculously simple solution that fixed the problem for a wolf boy in love. She’s brilliantly inventive.

Barry focused on places where I’d lost the reader’s empathy with [main character] Ellie. One solution was to put back the opening chapter, which created dramatic irony and dread for Ellie, so the reader was concerned if she would survive.

“We think this is a brilliant revise, Lucy. So many congratulations – the second half in particular, is absolutely fantastic; I was absolutely invested in Ellie and her struggle for redemption in the wild. The relationship now between Ellie and the baby is so good – the heart of the novel.”

How would you describe the working relationship?

Excellent. Their suggestions are aired gently, but as a writer you know the mildest note from an editor is a command in any other world. Rachel and Barry always respond fast, often the same day, and the tone of emails is very upbeat.

Did your notes come by email or hard copy?

Most of the early notes were via email and electronically marked up manuscript.

“Just to agree with the need for some further thought here – but to say I read the second half in one mad totally enjoyable and absorbing rush – I felt completely THERE in the incredible action and the switchblade of emotions. Stuff to still improve – but so fundamentally good!”

Describe some examples of revisions you made.

I spent time experimenting with Lukas’s voice. And Rachel had these musings about Norwegian place names and it tweaked the tone of the book. The abducted baby’s nickname became Ulf Pup, Norwegian for wolf cub.

Did you ever have to agree to disagree  – about what was missing or shouldn’t be there?

My first instinct, after I’d kicked the cat and sulked, was to try out their suggestions. And out of that came something better. The hardest change for me was to put the antagonist on the page. I wanted a Daphne Du Maurier type Rebecca, where the monster’s already dead, inflicting damage from beyond the grave. Rachel felt that was too abstract!

Any advice on knowing when to fight for your book or bow to market expertise?

It’s a tricky one. Especially for a debut novelist uncertain of their judgment. The best advice was from my tutor Julia Green; don’t rush into getting published in the first place. Take your time. Get to know your characters. Know your own writing, because when others have strong opinions, it tough to navigate your own path.

And choose your editor carefully!! YA is a tough market. Barry says he only buys books he thinks he can sell the socks off.

What are the most important things Rachel and/or Barry have taught you about The Hurting’s message?

There’s a saying an editor helps you write the book that you think you’ve already written. It’s so true. Clarity. Character. Story. Rachel said they didn’t want to touch the writing but they wanted the story simpler so the layers didn’t fight with each other.

Barry wanted to change the original title and we brainstormed ideas. The Hurting was one of Rachel’s early suggestions, and I gradually came round to accepting it as my own! Changing a title feels huge, and nuances the story meaning, but remains true to my agent Sallyanne Sweeney’s original pitch: A contemporary Wuthering Heights, The Hurting is a young adult psychological thriller about twisted love, obsession and sacrifice, set against the stunning backdrop of remote Norwegian fjords and an abandoned wolf reservation. 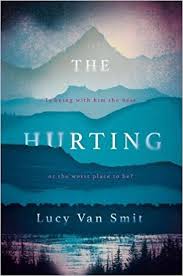 Nell’s family arrives in Norway in financial disgrace. She is dominated by her family – her religious father and her sister, whose cancer stops Nell from embracing her dreams of a musical career. She doesn’t believe in love, either, until she falls for Lukas. But Lukas has his own dark agenda, and in this tale of hidden secrets and shocking twists, he manipulates Nell closer to the point of no return. How far is she willing to go for love?

submissions openJune 1, 2022
7 days to go.
My Tweets
We use cookies on our website to give you the most relevant experience by remembering your preferences and repeat visits. By clicking “Accept”, you consent to the use of ALL the cookies.
Cookie settingsACCEPT
Manage consent

This website uses cookies to improve your experience while you navigate through the website. Out of these, the cookies that are categorized as necessary are stored on your browser as they are essential for the working of basic functionalities of the website. We also use third-party cookies that help us analyze and understand how you use this website. These cookies will be stored in your browser only with your consent. You also have the option to opt-out of these cookies. But opting out of some of these cookies may affect your browsing experience.
Necessary Always Enabled
Necessary cookies are absolutely essential for the website to function properly. These cookies ensure basic functionalities and security features of the website, anonymously.
Functional
Functional cookies help to perform certain functionalities like sharing the content of the website on social media platforms, collect feedbacks, and other third-party features.
Performance
Performance cookies are used to understand and analyze the key performance indexes of the website which helps in delivering a better user experience for the visitors.
Analytics
Analytical cookies are used to understand how visitors interact with the website. These cookies help provide information on metrics the number of visitors, bounce rate, traffic source, etc.
Advertisement
Advertisement cookies are used to provide visitors with relevant ads and marketing campaigns. These cookies track visitors across websites and collect information to provide customized ads.
Others
Other uncategorized cookies are those that are being analyzed and have not been classified into a category as yet.
SAVE & ACCEPT
Loading Comments...
%d bloggers like this: